Megan Schuh has been a resident of Houston since 2010.  Originally from Austin, Megan’s first music lesson was at age 9 when her grandmother surprised her with a piano for Christmas. After a few short years, Megan’s interest in music continued to grow. 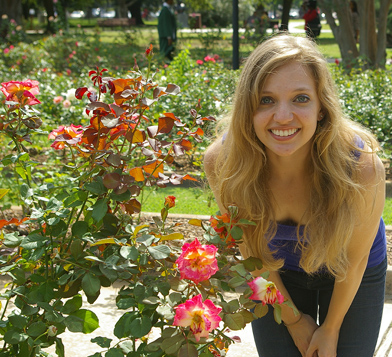 Her first spark of passion with the harp began after seeing an Austin Symphony Orchestra concert where a harpist was featured.  It did not take long for her to ask for a harp lesson and to fall in love with the instrument.

Returning back to Texas, Megan completed her Master of Arts in Hispanic Linguistics from the University of Houston in 2012. She currently serves as principal harpist with the Energy Corridor of Houston Orchestra (ECHO) and is acting principal harpist for the 2019 season with the Houston Civic Symphony.

Megan is a Spanish instructor with St. John’s School in River Oaks, Houston and enjoys sharing her love of languages with middle school students.

Megan performs regularly in the Houston and Austin areas for weddings, receptions, work functions, holiday gatherings, and with orchestral groups.